The other week, I accidentally stumbled across a neat cat toy even my lazy ol’ fella, Avery couldn’t resist.

It’s a toy mouse with an electronic squeak sound, that’s to me a touch reminiscent of Avery’s much-loved cat kick toy, the PetLinks Jeepers Creepers realistic rat – a toy he’s had since he was a kitten. Besides the superficial it-looks-like-a-real-mouse, it is a completely different kind of toy, both in the way it attracts his attention (with the electronic squeak!) and in the way he plays with it (he swats at it and will even pick it up and carry it off in his mouth rather than kick it).

Basically, I went a little (ok, a lot) crazy on my second order from ZooPlus since we moved to Portugal. You may have figured this out from my post about Avery getting his first cat tree and subsequent mention of how I’d bought two tall, inexpensive cat trees for the main rooms he hangs out in, plus a bunch of small cat trees to litter around the house in rooms he isn’t in as often. 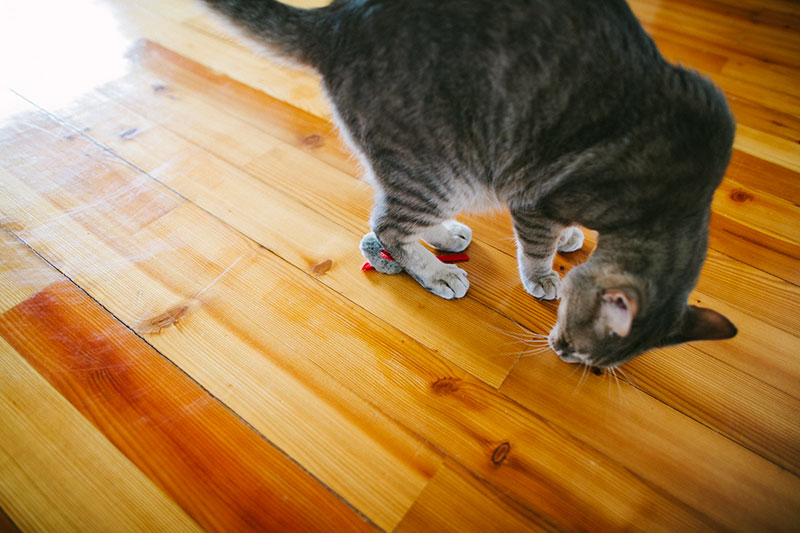 Yes, I’m mad, but (to me) there was good excuse for such an enormous haul. Basically, we’d had Avery with us in small spaces for ages, and though this has never been a problem for him, it meant that I’d pined over so much cute cat stuff for so long, while simultaneously mourning over the fact that if I tried to cram it all into our teeny studio apartment, we’d be overrun in a heartbeat. Less than a month into living in a house, there was no way I could resist buying him some things. Couple that with ZooPlus having so many excellent prices (here in Europe, it’s stupid hard finding good prices on pet products, you Americans don’t know how lucky you have it!), it was impossible to resist loading my cart.

I bought Avery his second cardboard cat scratcher in that order, a circular bed that he loves like mad, and also bought him the electronic sound cat toy I was talking about. Again, by pure accident – because it happened to be super cheap and also had so many positive ZooPlus reviews. I hoped it’d be well liked, but due to his track record with being the laziest cat on earth, I didn’t expect much from the purchase.

But he loved it. So stinkin’ much. I game with my brother (also a cat blogger over @ Pets Overload) nearly every night, and at least a few times while we’d be gaming, Avery would pick up the toy mouse and start playing by himself. I can’t explain how much of an accomplishment this is for Avery, who rarely ever engages even when I actively (& desperately) try getting him to play. It was a fricking miracle, though Avery’s playing drove John’s cat Beau a bit batty as he’d hectically look around for the toy he could hear through John’s speakers!

I’ve learned through my years as a pet parent to a very fickle cat that once you find a good thing, you should lean into it. Discover your cat likes feather toys? Get your hand on as many feather toy varieties as you can to try. Cat like balls? Grab different types of cat ball toys. Cat like both? Try finding those hybrid toys that have as many features as your cat likes in one toy. Needless to say, I was 100% going to be on the hunt for more electronic sound cat toys – squeaks, tweets, chirps; didn’t matter.

I actually can’t believe how many varieties I managed to find. I guessed there would be plenty of stuffed toy varieties of electronic sound cat toys out there, but wand, pole, and ball toys that have electronic squeaks and chirp sounds when your cat pokes and plays with them? Who knew! Now it’s time to get my hands on as many of these as I can find in Europe! 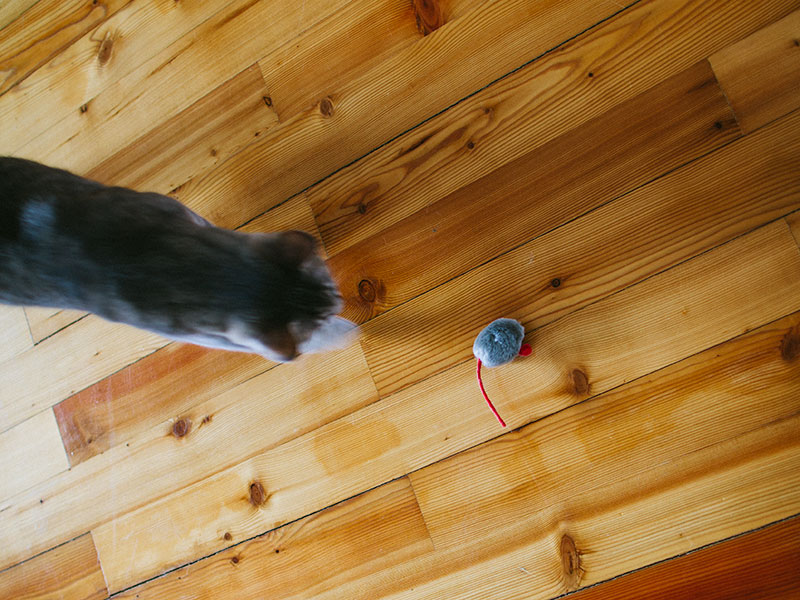 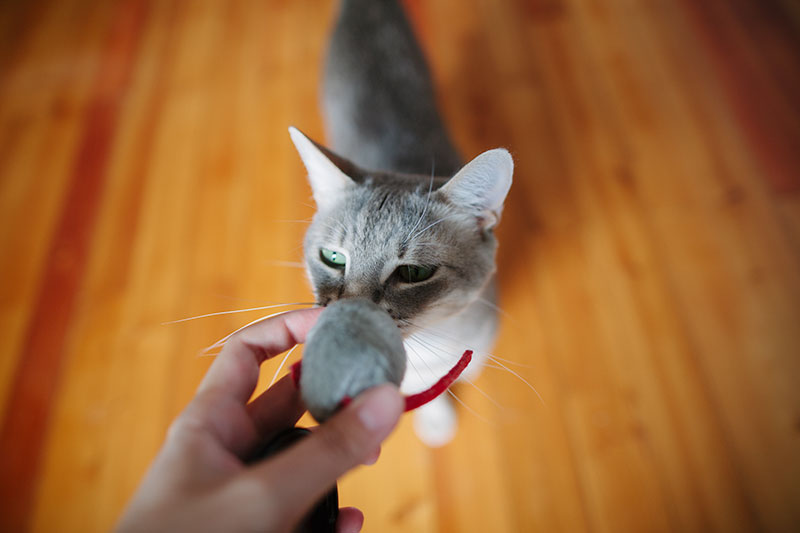 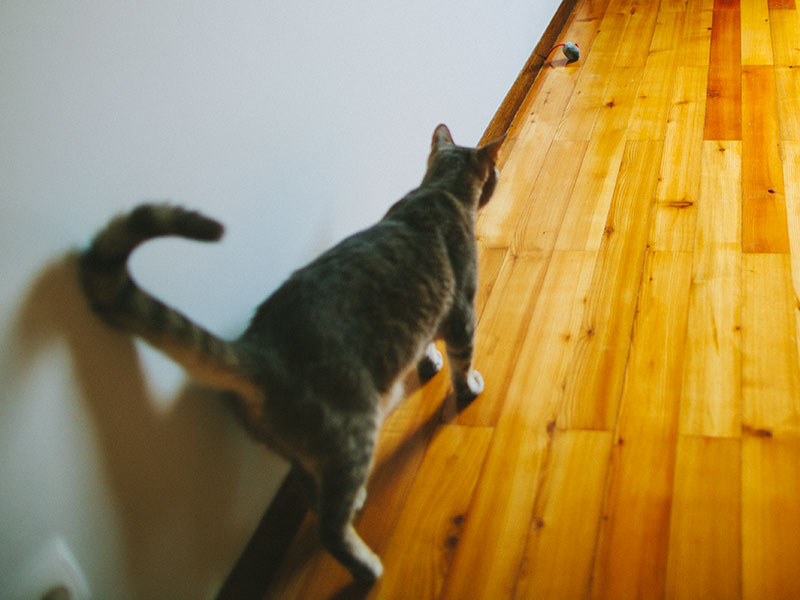 Does your cat like toys that make squeaks, chirps, tweets, or any other type of sound electronically when it’s poked and played with? If you’ve never tried any out, do you think your cat might like them?

If you have tested some of these types of cat toys out – which, and what did your cat think? Are there any you would recommend, or advise other pet parents to stay away from?

Looking forward to hearing about your experiences in the comments down below!

Hi, I'm Elise! Welcome to KittyClysm - a blog for cat lovers & kitty keepers. Join me & my furries - Avery & Bjorn - in our little corner of the feline-obsessed world. Facts about cats, training tips, stories, pet care advice - I talk as much as I can about it all here! 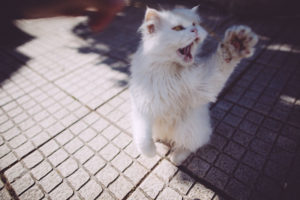 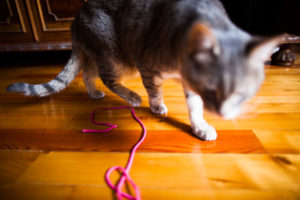 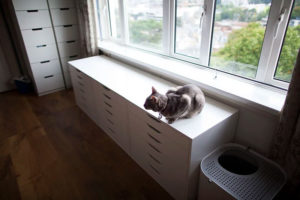