On Monday September 3rd, at roughly 6:00 in the morning, Thomas, Avery, and I were at the London Heathrow Airport boarding a plane for a flight headed to Lisbon, Portugal. This isn’t the first time we’d flown with our pet, our super-snuggly house cat, Avery. We’d taken a flight from Toronto to London approximately two and a half years prior, since we were making a permanent move to the UK and couldn’t for a second imagine our lives without Avery.

Flying into the UK, we weren’t allowed to bring Avery with us in the cabin. The UK has no rabies, so they’re tightly regulated when it comes to flying into the country with pets to make sure the island stays rabies-free. But on our flight out of to mainland Europe (yet another permanent move – here’s to hoping this will be our last!), things were a lot more lax, and we got the chance to take our baby with us in the cabin. 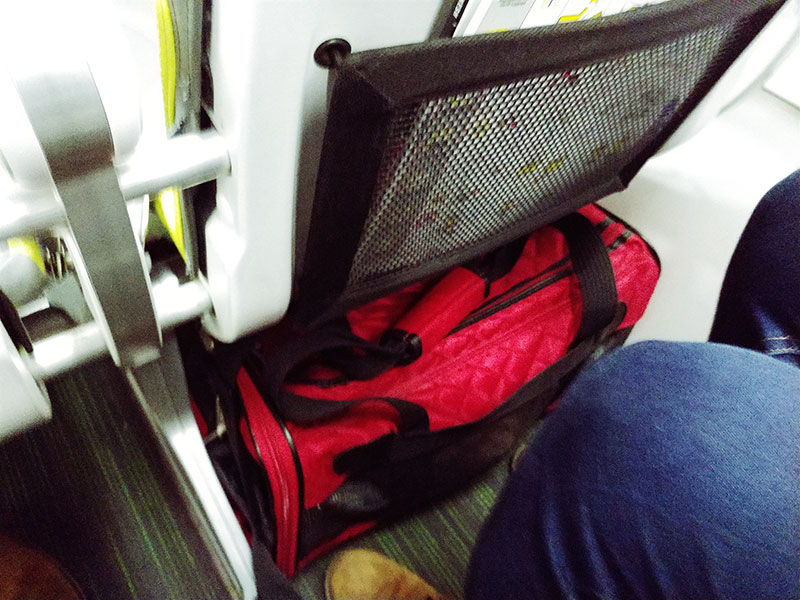 These two firsthand experiences made me realize just how stressful flights are for pet owners, even when nothing is likely to go wrong. There are a plethora of little things you feel may snowball into hellish scenarios – a pet who won’t stop crying on the plane to the dismay of everyone in the cabin, your cat or dog peeing or defecating at the start of the flight and becoming ever so uncomfortable for the remainder, you not holding your cat strongly enough during the security check and him or her pushing free, running terrified through the airport, only to be lost for hours, or worse – forever. There’s no end to the worries of the unknown.

I’m not going to lie, I’m incredibly relieved to be at the other end of the flight, and I likely always will be when it comes to flying with pets. But one thing you should know is there are times when flying with a pet is more stressful for you as a pet owner than it is for your pet. Your cat, dog, or other animal, is more likely to be okay travelling than you think. 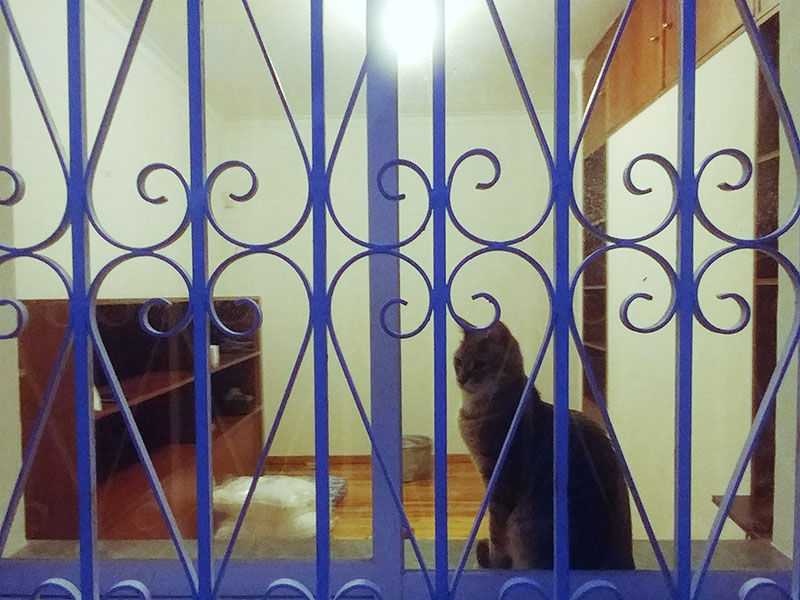 Chances are high your cat is not going to cry the entire time. When you get to security, if you tell them you have a pet with you and ask for a private room, you can take your pet out of his or her carrier with a closed door, where if he or she escapes for a minute, it will be in a small space that you can quickly get him or her back in. If your cat pees or defecates, chances are high if you have a pee pad down, your pet won’t be very uncomfortable for the remainder of the trip. You may not even notice the smell of the “spillage” yourself (let alone other passengers), as those things can be pretty absorbent. Avery peed on our flight from the UK, and neither Thomas or I had any clue until we took Avery out of his carrier once we reached our new home.

Chances are, during the journey, your pet will just sleep. Chances are when you get to your final destination, your pet won’t be his or her normal self for a few hours or even a day, but the recovery and adjustment to the new space will happen faster than you think. Chances are none of the hellish scenarios you’re imagining will play out, and if one or two less than ideal situations do take place, they won’t be anywhere near as bad as you’d imagined.

Is flying stressful for pets? Sure is. But your pet is almost certainly going to be okay. If pets died, got lost on, or were long-term scarred by being on flights anywhere near regularly, there wouldn’t be so many pet owners taking their pets with them on planes, and believe me there are a lot of people who do this kind of thing. People are making more and more permanent moves to new countries, and our pets are family, so of course they come with us. 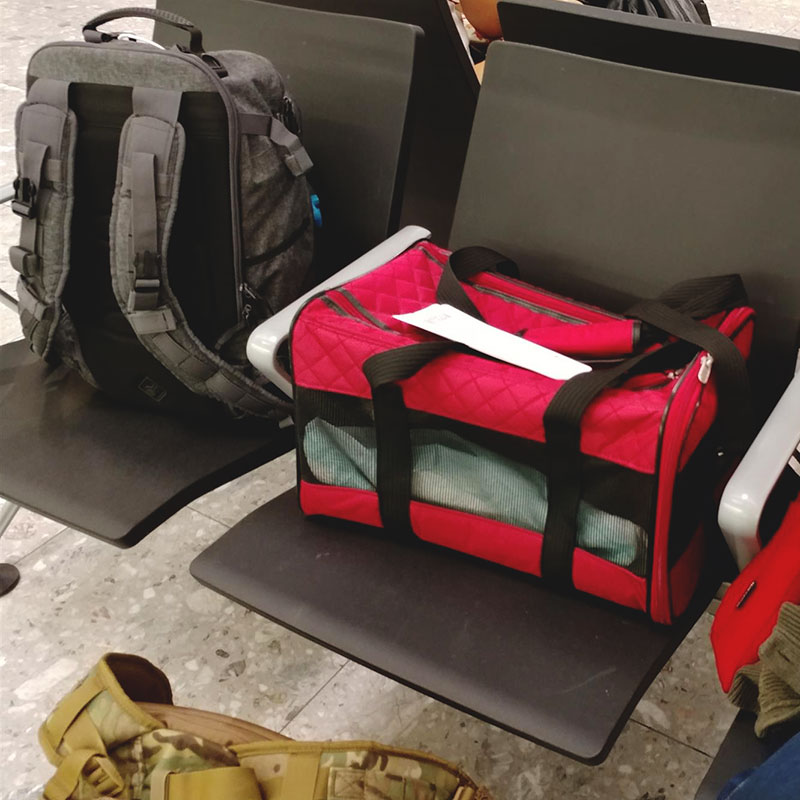 When we arrived at the airport at 3 AM, waiting for check-in to open, I spotted a woman carrying a teeny chiwawa. Thanks to some prodding from Thomas, I struck up a conversation with her. Turns out she was headed to Turkey, this was her first time with a pet, and she was enormously stressed about how the actual flight would go; everything from whether they would let her on the flight in the first place to whether the next couple of dogs she needed to take with her to Turkey would kick up a fuss and bark the entirety of the trip. We tried to reassure her, explaining our cat couldn’t even come with us into the cabin the last time we flew with him; he had to go down below in the hold, and when we dropped him off in a crowded, loud room, he was ever so much calmer than we were. Then when we picked him up on the other end at the Heathrow ARC (Animal Reception Center), it was apparent he was calm as a cucumber, and we were a lot more stressed than he was. Since he’s a cat, we did what we could for the months before the flight to train him to not hate his carrier, as well as to be used to travelling by car, but he still dealt with the plane ride like a champ, and that wasn’t a short flight, Toronto and London being around 8 hours apart.

I’ll be writing up an article on my tips for flying with cats sometime soon, but if you’re reading this because you’re flying with your pet and are massively stressed out yourself, do yourself a huge favour and think out all the hellish scenarios in your head and what you could do to make them better. We put Avery into a cat vest this trip, tethered the lead to the inside of our carrier by clipping it with a carabiner. We wrote our contact email and phone number in permanent ink visibly on vest so the idea of him being lost in an airport (again, if you ask for a private room, this isn’t really possible) wouldn’t mean we’d never see him again.

Scared about them not letting you on the flight? Call up your airline and ask, but the rule of thumb is cabin = soft airline approved carrier (this is ours), hold = hard air travel approved carrier (this + these were ours). Worried about peeing? Line the bottom of your pet’s carrier with a pee pad or two. Amazon makes excellent, really affordable ones, and those are the ones I had in, on top of the velcro-removable pee pad my carrier comes with by default. Worried about anything else? Ask questions, call up the airline, Google your inquiry online. Preparation will help you feel a lot better. 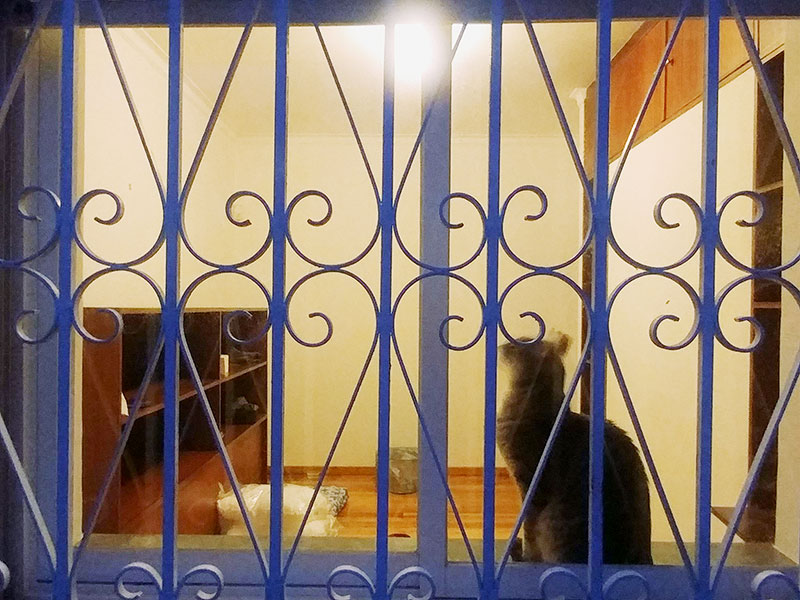 And while it may not be enough to alleviate all your stress – realize your pet will almost certainly come out the other end in tip-top shape, perfect health, and with only a little time, will recover from the travelling and be back to his or her normal, lovely self. 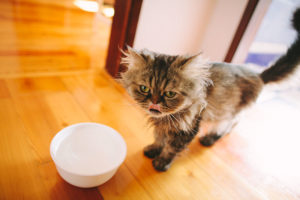 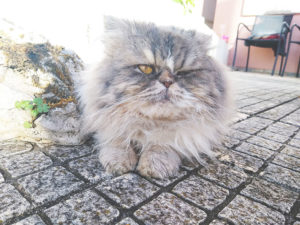 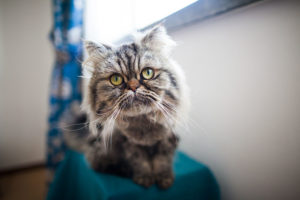