While it’s certainly true that some cats are actually quite happy to be wet, it’s also very true that the vast majority of our feline friends are not good friends with water. Whether it’s the rain, a not-shallow-enough puddle, or an all too necessary bath so that kitty can get properly clean, many cats will quickly start backing away, or even running away, from the source of water that’s before them.

It’s not known for certain why cats have grown to hate water in their time on earth, but we have some good guesses. 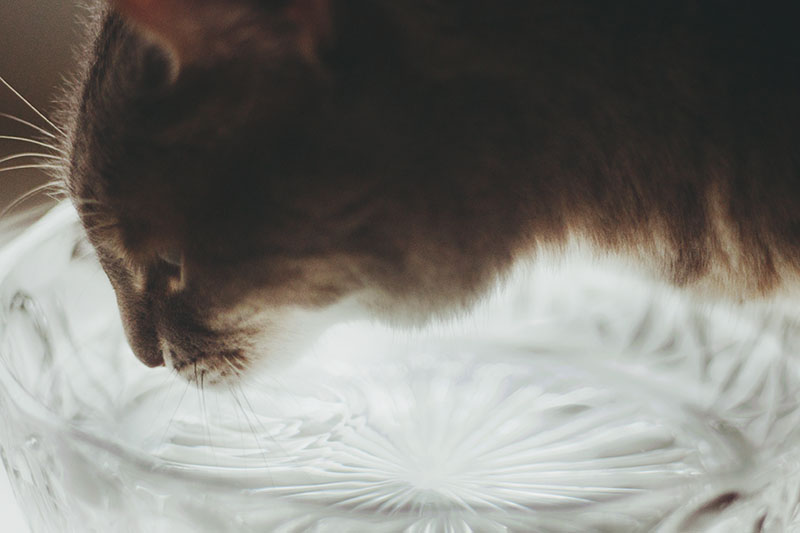 Well this makes sense. It’s not like cats dislike water that’s just lying around ready for them to drink, and they don’t dislike running water either. What they hate is often that giant bath tub that’s been filled to the brim with the “horrible stuff.” If you couldn’t swim and you were faced with a big vat of liquid that you supposedly had to go into, you’d probably be terrified too.

Theory 2: Cats just don’t like the sensation of feeling wet.

Ever been at a pool not expecting to go into the water, then had someone in the pool splash you out of the blue? I bet you didn’t like it. Getting wet is not always nice, not even for us humans.

Theory 3: Cat fur gets heavy when it’s soaking wet, and that could be quite uncomfortable.

Have you ever seen a cat that’s completely soaking wet? Kitties don’t just look hilarious when they’re in this state, they look downright annoyed and even at times super pissed off. Maybe cats just hate water because they hate the sensation of being soaked. Once all that fur of theirs getting soaked it gets heavy, and that alone might be annoying enough for them to hate having to ever deal with water.

Theory 4: Cats could hate water simply because being wet makes them feel cold.

Ever gone in a pool with your clothes on? Then come out only to find it a little windy out? Getting drenched with water while your clothes are still on is probably something like it would feel for a cat to be soaking wet. Except they can’t take their fur off to get more comfortable and just have to wait the drying process out.

Back to that experience of going into a pool with your clothes on, then coming out to being pretty dang cold when you get out, especially if it’s windy. Now imagine it’s not sunny, it’s hard to find a place to dry off, and it takes a long time to dry off anyway because you aren’t able to take your clothes off. Yeah, that’s not just no fun, that’s life threatening.

Hypothermia is what happens when your body temperature is significantly lower than it’s supposed to be. If you stay too cold for too long, this becomes a life threatening problem. What happens if you’re soaking wet in the rain for hours upon hours and it’s pretty cold outside? You could die if you don’t get warm. And the very same is true of cats. If they’re cold and wet for way too long they could die from being too cold.

So maybe cats hate water because they’ve evolved to be super sensitive to rain beginning to fall. If you hate the rain, you’ll find cover as soon as possible, and chances are you won’t end up staying out in the rain as long as if you were fine with feeling wet. Cats hating water could be a life-saving attribute of theirs if they live outdoors.

Theory 6: Cats hate being wet because it’s not easy for them to dry off.

We’ve all seen dogs simply shake off their wet fur and make it, not quite dry, but a lot less wet than before. Cat’s don’t do the same thing. They just sulk off to a corner and wait until their fur is dry again. Maybe that’s part of the reason they hate water so much. Maybe if it was easier for them to dry off, they’d be bigger fans of getting wet.

Theory 7: Getting their fur wet could cause cat fur to be stripped of essential oils.

Now I’m not sure if this is true, but I’ve seen it float around the net so I thought I’d add it to the list. Maybe not the most robust theory, but it could be true!

Theory 8: Kitties are scaredy cats to begin with. If they’re not used to feeling wet, they could just be afraid because the feeling is new.

We all know how true the “scaredy cat” line is. Many cats are scared of almost everything! Especially if it’s new. If they’re not used to the sensation of water on their fur, well that alone could be cause for alarm. Maybe they just need time and repeated exposure to get used to it!

Theory 9: Cats dislike rain for many reasons; that dislike may carry on to being wet in general.

Some argue that when a cat is out in the rain, the rain will dull a cat’s excellent hearing, vision, and senses in general by overwhelming them with the noise, sight, and feeling of the rain. This may make cats hate rain in general, and cats may carry over this disdain for the rain to all forms of being wet.

Theory 10: Being wet can result in ear infections, and that may be cause for cats to hate water.

Being wet can result in a cat getting an ear infection, though of course not every time. Maybe this is a part of the reason cats have evolved to stay away from water.

Theory 11: Cats don’t like water because they haven’t needed to get used to being wet; particularly because we spoil them by keeping them as house pets.

Some look at large predator cats in the wild and think, “Hey, lots of those cats are fine with water! Some even swim!” And obviously this makes them believe that maybe there’s a connection between us spoiling our cute little kitties with roofs over their heads over the centuries and modern day cats hating water.

Maybe cats only hate water because they didn’t need to like it, to learn to swim, or even to learn to be okay with the sensation of being wet outdoors. After all, if you could come into a nice warm, dry home when it’s raining, why get used to being wet anyway? Especially since humans don’t make you take baths like they make those silly dogs who are unable to clean themselves…

When there’s predators like crocodiles and hippopotami in wild water, and a wild cat could just stay out of the water to avoid a fight, could we ever really question why these cats don’t bother learning to swim or enjoy being submerged in water? Maybe our little feline friends evolved from them and thus took their water-aversion from their ancestors. 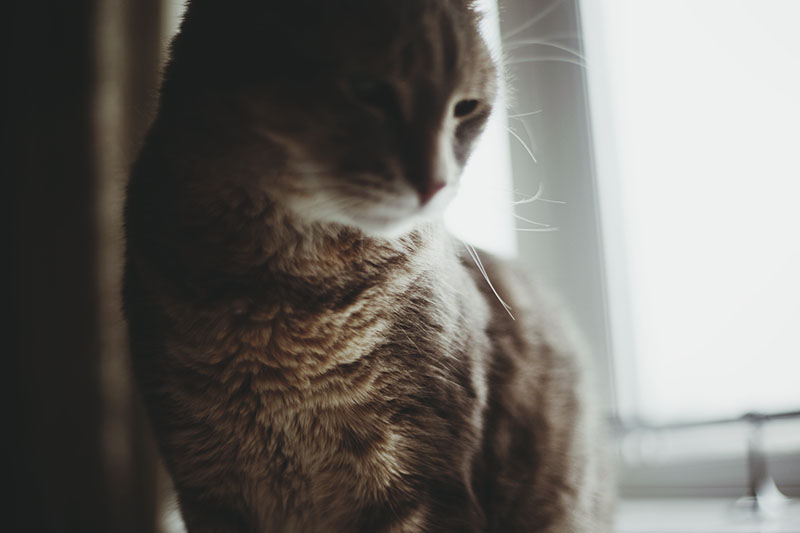 Why Do You Think Cats Hate Water?

Let me know in the comments’ section why you think cats hate water!

Any of the theories above feel like they could be right?

Any more theories you heard or have come up with that sound like they might be good at describing most kitty’s scardey cat attitudes toward the sensation of being wet? 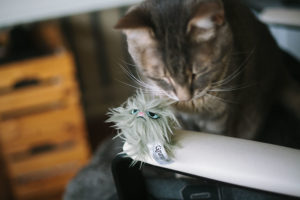 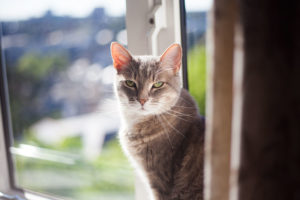 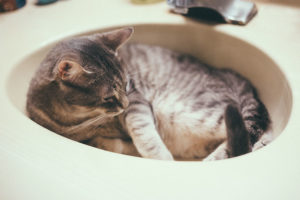