Usually when I answer questions on this blog, it’s because I already have the answer to them. Typically, I’ve been asked the question by a reader or seen a bunch of people online ask it, and decided to research and do up an article with as much detail as I possibly can so those in a similar situation can get all the information they need in one place.

Not today! Today I’m the one with the question…

So we took our new cat Bjorn in not too long ago. Bjorn was a stray cat in our neighbourhood we assumed belonged to someone. Cut to the chase, when we realized he didn’t have a home, we took him in. 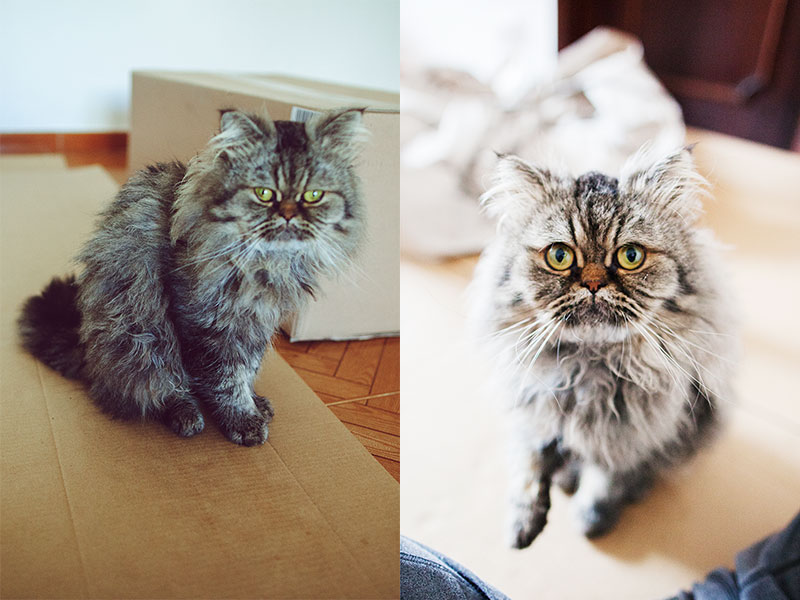 Picture from post Our New Cat Knew: Stick Around Long Enough, They’ll Let You In

We’ve had a few ups and downs already, but honestly all the issues we’ve had with him I’ve managed to solve quite easily with some research and with the experience I had bringing Avery (who was also a stray) in, as well as the years I’ve had with him since. I knew to expect a lot of issues I wouldn’t have had were I to have adopted a kitten from a shelter, and I’m fine with this, I just can’t seem to crack this one…

Bjorn literally bites toys when I try to play with him and will not release them if he can help it.

If I try to pull a toy from his mouth, he instinctively bites harder and will not release. If I leave him with the toy to see if he’ll release it on his own, he starts to chew it and maybe even swallow a little (or with feathers, completely swallow). The only way I know to sort of force him to release, that doesn’t always work, is to pick him up, as he gets so concerned with getting down he becomes distracted and often releases unintentionally.

He does this with all toys I’ve tried using with him, and today when we let him out to get him used to the rest of the house so he can start moving out of his safe room, he tried to bite Avery’s Ethical Pet, hard plastic spring toys.

I took them away from him, placed him back in his safe room, and started playing with the paracord outer shell (paracord has inner strands of cord you need to remove before playing with your cat with) I use as a tough, safer replacement for dragging yarn or string across the floor. Obviously, he didn’t bite through this (he probably could, but it would take a lot of chewing to get to that point). Still, I was barely ended up playing with him, as he’d bite, refuse to release it, then try to chew it repetitively for the entirety of the time I tried to play.

So I switched to a new feather wand toy. The last one he tore to shreds, a little bit at a time, over the past month. With feather wands, I could typically get quite a lot of playing in before he grasped any part of it in his mouth. Maybe a minute or two before he caught it. With the paracord, he would snag it in his mouth and bite down every 3-5 seconds of play and not release for around 30 seconds – not enough play time compared to time spent just holding the paracord in his mouth, refusing to let go.

But today, while playing with the feather wand, he literally bit the entire new head off, and I couldn’t get him to release by just picking him up. I held firm and wouldn’t let him swallow, then after giving up on trying to get the head out of his mouth myself, took him down to Thomas, who struggled, but finally did manage to get the darn thing out of his mouth. 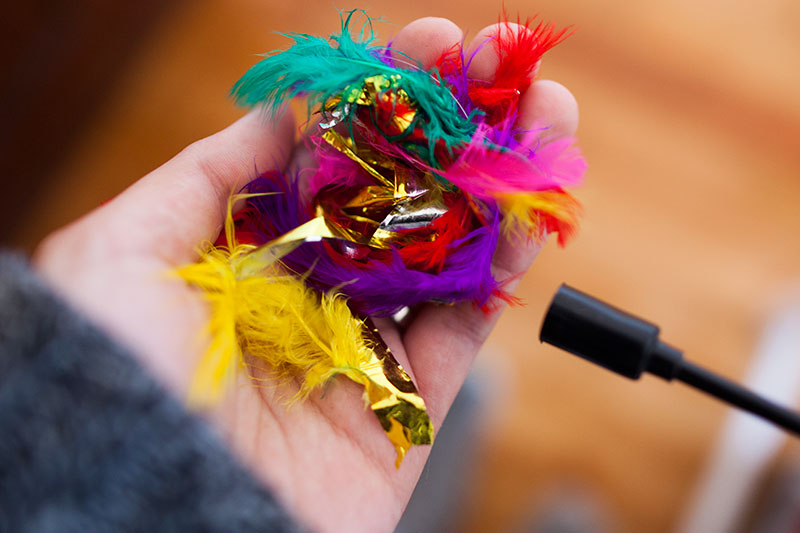 The poor thing needs to be able to play. Every cat needs playtime. He gets plenty of exercise, we make sure of that, getting him to jump for his kibble for an intensive work out 2-3 times each day. He also gets plenty of mental stimulation. Part of his food gets fed to him in a slow feeder bowl (otherwise he eats too quickly), the Mogoko Cat Catch Interactive Feeder, which at first also used to bite, but now is much more clever at using and only removes from in the proper slide-food-out-with-paws way.

Still, he needs to be able to release his aggression and his prey drive needs to be used daily, too. I just don’t want him to swallow anything so I really don’t know what on earth to do.

There are a few options with regards to all this, I know that. I can buy toys he can’t swallow because he can’t put them in his mouth. If you can think of any please recommend them.

First thing I tried was laser toys. That worked for all of 30 minutes – then he never played with a laser again. Thomas thought tennis balls or other big balls. Is there anything else you can think of?

There are also a few other tricks I thought up with regards to getting him to be less aggressive with whatever I play with him with. I know if I feed him and play with him just after he’s full, he’s less likely to be aggressive with his toys. But are there any other tips you guys have for me to reduce aggression while playing?

The thing I would most love: a surefire technique to get cats to release toys and really any foreign object from their mouth. Anyone know one? I do feel the whole “putting your fingers on both sides of their jaw and gently pressing” works a lot better when their mouths are not full with what they think of as prey, frustratingly enough. 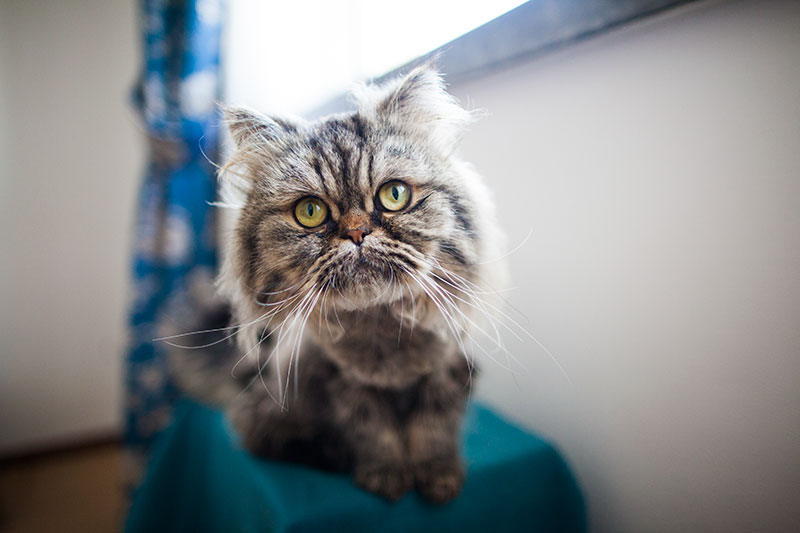 Literally any and all advice you have for me that could help – anything you may not even think will necessarily work, but could and thus are things I could simply try out, please leave these in the comments down below.

Been in the same boat yourself or known someone who has? What did you try that did or didn’t work out for you? Did your cat eventually stop doing this bite without release type thing?

Again – any advice, anything that comes to mind that I could even try, I would be ever so grateful if you left down in the comments. Thank you so much in advance, I really do appreciate it.

I’ve found a couple techniques over time that aren’t surefire bets, but that really do help a lot with releasing toys.

The two I use right now are pretty darn simple, and they are effective on two of my cats who often refuse to release toys from their mouths – Bjorn and Athos – one works better on one, the other works better on the other.

The first: Picking up the cat.

My cat Bjorn hates to be picked up, so maybe this is part of the reason it works.

If I pick him up he’ll sometimes release immediately, other times I’ll have to pick him up and put him down twice before he releases the toy.

Over time he understood that if he holds on to a toy, he may be picked up, which he dislikes, so I’ll say the words “Drop it” to give him a chance to release before being picked up.

These days, if he hears the words “Drop it” he knows to release. He’s come a very long way with this.

I tried this with Bjorn before and it works well with him, but works even better with Athos, who doesn’t really care if he’s being picked up or not, as he’s indifference to the sensation.

I think for some reason it distracts cats to be tickled on their bellies, and that’s typically enough to get Athos to release the toy he’s holding onto.

He definitely holds on less than Bjorn does, and is more willing to let go of a toy than Bjorn used to be.

I’m doing my best to train him with the words “Drop it” as well, and have hope that in the future, just these words will be enough to have him release a toy.

Until then, I’ll keep tickling his belly to get him to release and stop chomping down on his toys. 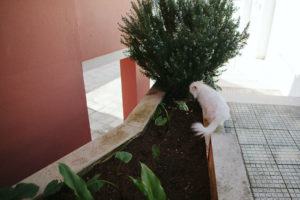 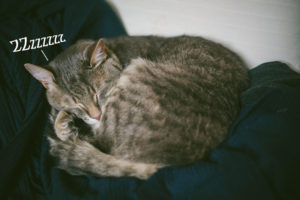 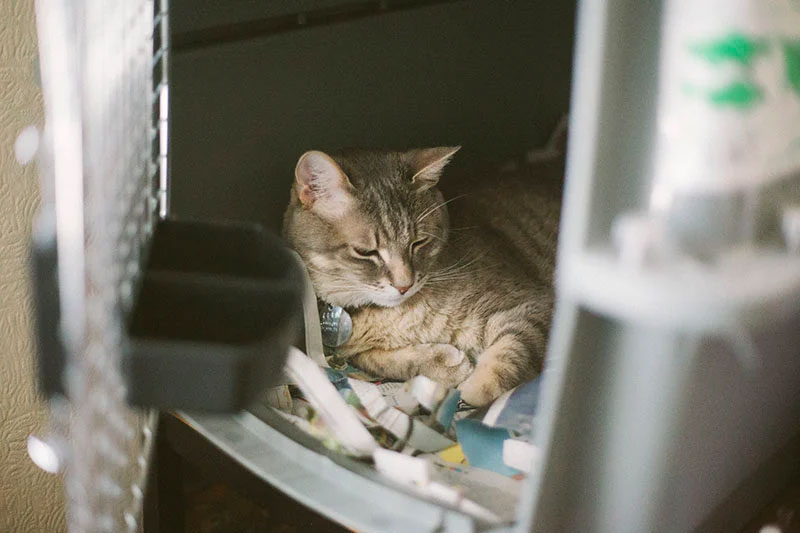